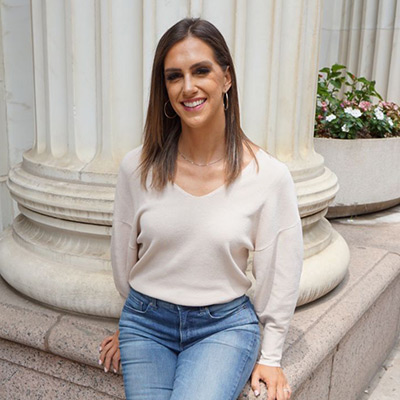 Active from an Early Age

Born and raised in Wisconsin, Dr. Lindsay grew up in a physically active family and played sports from the time she could walk, with basketball and track being particular favorites. Along the way, she suffered injuries that periodically prevented her from participating in sports as much as she would have liked.

She received her first chiropractic adjustment while in college at the University of Wisconsin, and says, “It was life-changing. My aches and pains went away and the injuries stopped. There was no longer any limitation on how active I wanted to be.”

During college, Dr. Lindsay worked at the front desk in a chiropractic office, and saw first-hand how adjustments helped the practice’s patients live a full and healthy life. She was also impressed with the positivity of people who sought chiropractic care: “These were people who were committed to their health, and had a holistic mindset about it. That’s an approach I believed in too.”

ON TO CHIROPRACTIC COLLEGE

While at Palmer, she and her classmates participated in community sports outreach – they’d set up a tent at the endpoint of triathlons and other races and provide adjustments to the athletes, to reduce any soreness they might experience later.

One of her teachers at Palmer was particularly influential. “He thought outside of the box and passed that way of thinking on to me. He taught me techniques that, as part of my internship, I taught to experienced chiropractors. It was very rewarding to be able to show them a new approach and know that their patients’ health would benefit as a result.”

Outside of the Practice

A yoga devotee, Dr. Lindsay is planning to become a certified yoga instructor. She and her husband, Austen, live an active lifestyle and spend a lot of time outdoors with Layla, their Bernese mountain dog. Depending on the season, they enjoy skiing, biking and hiking.

Active civically as well as physically, Dr. Lindsay frequently attends community events, and looks for opportunities to share her knowledge and expertise with others.

Make a choice to achieve your best health – contact our practice today!